The Maryland Chill 18U Showcase team will be hosting tryouts for athletes interested in playing Showcase softball who want to be seen by Coaches/Scouts and intend on playing at the college level.

For further information or a private tryout, if needed, please email Coach Doug at MDCHILLSHOWCASE@gmail.com or feel free to give me a call @ 410.446.8718. 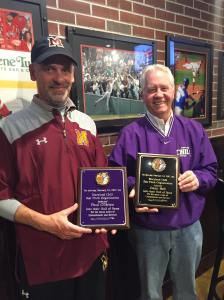 A big hearty congratulations to Paul O’Brien (left) and Gary Bell for their induction to the Maryland Chill Hall of Fame. Thank you for all your hard work and dedication to Chill organization over the last many years. Well deserved indeed!

If you’re interested in competing in the highest level of softball, including exposure to college coaches, then the Maryland Chill 18U Gold team is for you!  The Chill participates in prestigious and high-profile College Showcases and Invitationals like Pennsbury, Atlanta Legacy and Aunt Rosie’s International Fastpitch. Our roster is full of college recruits on all levels of collegiate softball!

The National Fastpitch Coaches Association has named three players from the St. John Fisher College softball team to Division III All-Region teams announced on May 16th, 2016. Lindsey Thayer was selected to the Northeast All-Region First Team, while Katie Mazierski and Ashley Prince were named to the Third Team.

Thayer earns First Team honors as a pitcher as she has posted 405 strikeouts this season, shattering her own record that she set last season at 294, and also broke her own record in strikeouts in a single game with 20 against Rochester Institute of Technology on April 14th. The sophomore has appeared in 32 games with 31 starts and maintains a 26-5 record heading into the Super Regional tournament this weekend. She has tossed 204 innings this season posting an ERA of 0.99. Thayer was named the Empire 8 Conference Pitcher of the year for the second-straight season, and was named the All-Tournament Most Outstanding Player last weekend at the NCAA Division III Rochester Regional.

Fellow sophomore Katie Mazierski makes her second appearance on an All-Region team, receiving Third Team honors this year after earning First Team honors last season. Mazierski has started in all 46 games for Fisher this season, and has crossed the plate for a team-high 36 runs, and also posts a team-high in hits with 59. She currently holds a .383 batting average and an on base percentage of .435. Most recently, Mazierski had a walk-off hit in a 2-1 10-inning victory over the University of Rochester in game one of the NCAA Rochester Regional finals last Saturday.

hley Prince was also selected to the All-Region Third Team after posting impressive offensive numbers as Fisher’s starting designated player. Prince has the third-highest batting average on the team at .349, and also sits second in runs scored with 31. She has 45 hits on the season, including 10 doubles and two triples, and has recorded 23 RBI.

The Cardinals will host the NCAA Super Regional on Friday and Saturday in a three-game series against Manhattanville College. Game times and ticket prices can be found at the Super Regional tournament website. 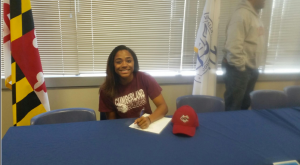 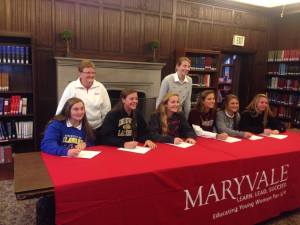 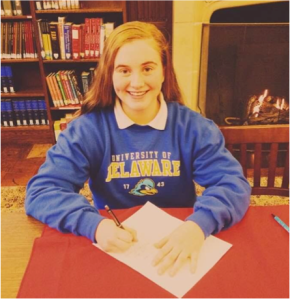 Today’s Feature Friday is freshman catcher, Madison Vicendese!
She was born on June 14, 1997 and is from Ellicott City, MD.
Her dream job would be anything that helps her give back to her family.

She performed over 100 service hours in high school in addition to being an Honor Roll student. Additionally, she was the Maryvale Preparatory School Softball MVP and an IAAM All-Star from 2012 to 2015. Maddy enjoys collecting mason jars, and her favorite childhood cartoons were the Powerpuff Girls and Pokemon. As sweet as she is, I would not mess with Maddy, as she is a black belt in karate. Lastly, she does not get scared easily. She has toured haunted locations in Georgia, Florida, New York and stayed in haunted hotel rooms in Kentucky!

Favorite Quote: “Just because they say it can’t be done, doesn’t mean you have to listen” – Powerade Commercial 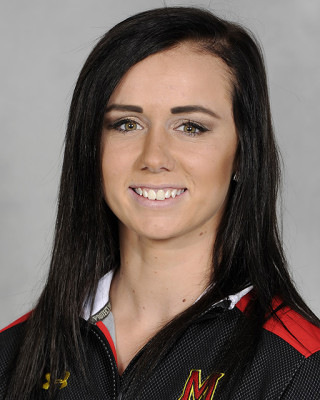 AS A FRESHMAN (2015): Was Maryland’s pinch running specialist, appearing as a pinch-runner in 20 games…scored seven runs and batted .500, going 1-for-2 in her plate appearances…scored first run of career against Long Beach State (2/21)…notched a single in first career at bat against Rhode Island (3/7)…reached on error and scored run in home opener against Lafayette (3/15)…scored important run in the 7th inning of a furious Maryland rally in Big Ten opener at Iowa (3/20)…scored run in Big Ten home opener against Ohio State (3/27)…pinch ran and scored run at Indiana (4/5)…scored tying run in series opener against Penn State (4/17).

Before Maryland: Starred at Mount De Sales High School for four seasons as a left fielder and shortstop…had a huge senior campaign, batting .610 with 52 stolen bases…named first-team All-Conference and second-team All-Metro…earned second-team All-Conference honors as a junior…claimed the Sailors’ Most Improved Player award after her freshman campaign…played club softball for Lady O’s Gold and Maryland Chill.